Seftons were engaged by Delta Agribusiness to raise the profile of the company and to specifically communicate the roll-out of two major technological innovations in agriculture. Farmers Edge precision ag software and DAWWN (Delta Automated Weather & Water Network) represent major game changers in dryland cropping. Seftons developed a communications strategy that targeted key stakeholders and media at a local, regional and national level over the course of three months, with impressive results.

Generating awareness of the products across Delta Ag’s New South Wales footprint was undertaken by leveraging the company’s existing and well respected reputation and promoting this using tailored communications to local and regional media outlets.  Media of all mediums and across the entire Delta Ag region was achieved.

Seftons drew on its access to federal government as a means of raising awareness of Delta Ag and the significance of its products amongst key members of parliament.  Awareness of the company and its products through this channel enabled greater leverage with national media and other relevant stakeholders.

Most significantly, the engagement with government resulted in the opportunity to participate in a ‘YouTube’ video interview with the Prime Minister on innovation in agriculture was achieved.  The video has created multiple and ongoing opportunities to generate media on a local, regional and national level. 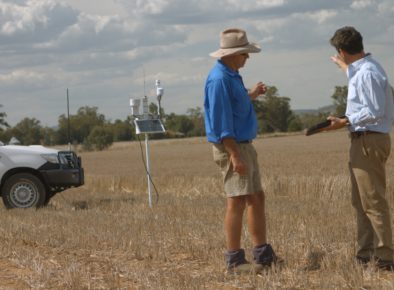