As a graduate of the Australian Rural Leadership Foundation program, my 32 fellow graduates and I wrote a vision for rural and regional Australia which focused on being able to get a good coffee – latte, cappuccino or soy macchiato, whichever you prefer – in the bush.

Even in towns with fewer than 1000 people inhabiting them, the coffee machines are working overtime.

Interestingly, 15 years later that is now a reality and something which was highlighted to me with the information that has come out of the latest Census.

When I was on ABC Television’s Q&A recently I shared my sentiments about the joys and opportunities of working and living in regional and rural Australia.

As I said during Q&A, I want to change the conversation about rural and regional Australia.

We live in vibrant small cities and towns that offer the benefits of urban living without congestion, pollution and unaffordable real estate.

It appears, if The Australian columnist Bernard Salt’s comments about the Census are anything to go by, this conversation we have been having in regional and rural areas is finally being haven by urban Australia as well.

But I still feel our urban counterparts – due to a lack of knowledge or information – are not truly understanding the opportunities. Regional and rural areas provide strong economic opportunities or the ability to create your own destiny with a business. It is also a great place to live and bring up children.

The Census data released this week paints an interesting picture for our nation. It shows a stark difference in house prices, rental costs and weekly household incomes, between regional areas and capital cities, which really isn’t a great surprise.

As Bernard Salt, managing director of The Demographics Group, said in his Census column in The Australian “there has always been a city-bush divide in Australia. It’s just that with every new census I see the capitals globalising and liberalising faster than elsewhere. But, to be fair, the values and even the lifestyles of our biggest cities seem to have infiltrated the interior. Perhaps not in a political sense, but very much in a social and cultural sense. I reckon you could get a long macchiato in Dubbo as easily as you could in Sydney’s hip Paddington.”

Our biggest cities, Sydney and Melbourne, are growing fast, 10 per cent and 12 per cent respectively, and although regional areas are growing much slower, they are still growing.

Census data shows capital cities are growing at 10.5 per cent on average, twice the rate of regional areas at 5.7 per cent, with the entire Australian population up by 8.8 per cent.

The fact the regions don’t look like they are keeping up with the capital cities in terms of economics isn’t all bad – for one housing is more affordable.

But to put those figures in to contrast, the median family income in inner Sydney reached $131,248 a year according to numbers crunched by the Sydney Morning Herald, which is $56,000 more than in regional NSW.

Rental prices appear to have risen across the board, with median rent in Sydney rising from $351 in 2011 to $440 and those in the inner Sydney area paying $550 – more than double that paid in regional areas.

In Victoria the median weekly rent increase 17 per cent to $325.

According to the Australian Financial Review the end of the coal and iron ore boom is affecting towns in Western Australia and Queensland with one in three homes in some mining towns sitting empty.

Other interesting statistics from the census include: 83.2 per cent of people have internet at home; NSW still has the highest density of population with 7.48 million people; and the average Australian is an 38-year-old female, married with two children, living in a three bedroom house and with two vehicles parked at home. 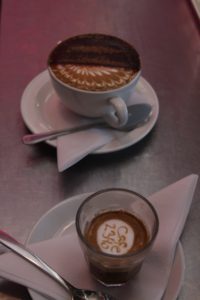