Incubating interest in agriculture from early childhood right through school and university is important to lead and grow the industry.

At the Farm Writers’ Association of NSW lunch in Sydney last week, speakers covered the topic: Incubating talent for Agriculture – K1 to Tertiary.

We have probably all heard by now that by 2050 there will be 70 per cent or 2.4 billion more people on earth, who will need up to 70 per cent more food than what is currently being produced. As this is a huge opportunity for Australian agriculture to harness, the industry must be attracting the next generation of people to the agriculture sector – something Seftons is especially passionate about.

One of the speakers at the event, Ben Stockwin, CEO of the Primary Industries Education Foundation Australia (PIEFA), said in the past 30 to 35 years globalisation has meant there is a significant “separation of vision” between the population and the source of our food and fibre production.

“You will probably all remember a survey PIEFA did about four years ago where we surveyed students and teachers around their knowledge of agriculture – three quarters of students thought cotton socks were an animal product, a quarter believed yoghurt was a vegetable product and 40 per cent of people surveyed believed farming damaged the environment,” he said.

Mr Stockwin said this isn’t just a problem in Australia. In Scotland recently a survey found a large portion of students believed you had to kill a cow to get milk from it.

“All of these factors are linked around the lack of food and fibre production knowledge,” he said.

To improve the education around agriculture, Mr Stockwin said PIEFA aims to start educating students about agriculture from Kindergarten right through to Year 12 and embed it through every learning area, such as in geography, science and technology.

He makes a good point, as a large proportion of agriculture jobs are not on farms and are in fact urban based. So if the knowledge is embedded from a young age, through all subjects, students will begin to see there are plenty of career options in agriculture – from farmers, to scientists, agribusiness bankers, to commodity traders.

Mr Stockwin said young people need to be shown the breadth of careers.

Professor Alex McBratney from the Sydney Institute of Agriculture at the University of Sydney agrees and said agriculture is a “wider concept” than just agricultural science.

“We need to generate a positive message about agriculture and a new concept of agriculture,” Prof McBratney said.

He said a new concept of agriculture should be:
• High-tech;
• De-commoditised – meaning we need to produce niche products that add value;
• Connected – from producer to consumer and use all digital technology available to create those connections.

Going forward Prof McBratney said in the curriculum agriculture should be recognised under the STEM subjects.

“Agriculture has Science and Maths, but it needs more Technology and Engineering as that’s the agriculture of the future,” he said.

Interestingly these views fit in with some of those on the ground, teaching agriculture to high school students. During last week’s event the Head of Agriculture at a private school in Sydney’s north said they had increased the number of students studying agriculture from 60 a few years ago to 260 this year.

He said they have been focusing on showing the breadth of career options available in agriculture and were showing students within the STEM subjects there were many areas that related to agriculture.

Instead of having a show team and using the hands-on aspect of agriculture to attract students, he said showcasing the professional careers and technology involved was getting, the mostly city-based students, interested.

And while we still need farmers and primary producers to actually grow and produce the food and fibre, educating young people and showing them the exciting aspects to agriculture will help the industry attract the next generation. 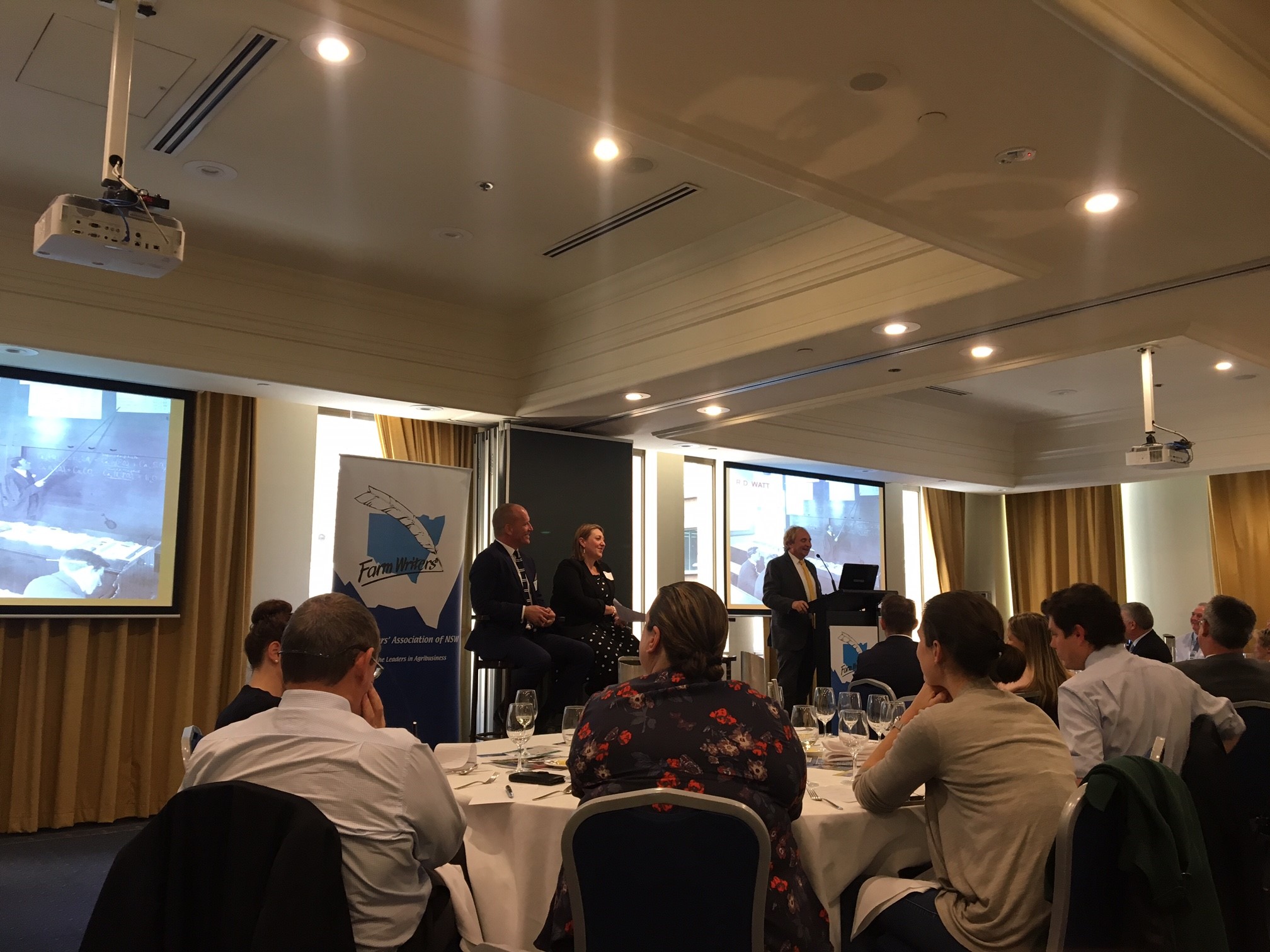