As a small population in a big country, Australians have long enjoyed the idea that we have enough natural resources to go around – enough for agriculture and wilderness, and everything in between.That notion has been challenged over the past couple of decades. Like everywhere else in the world, we’re having to make tough decisions about how we manage the balance between environment and people. 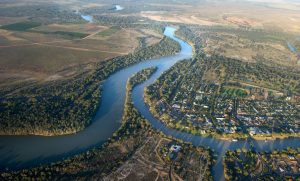 Australia has a one million square kilometer case study in this wicked problem: the Murray Darling Basin.

Despite the millions spent on trying to formulate a lasting solution to resource conflict in the Basin, it can seem as though we haven’t yet left the starting line. And if there’s anything to be learned from a recent Basin-wide survey of water users, it is that any solution must begin with, and end with, people, particularly those with ‘skin in the game’ – our rural communities.

But that’s not what people want.

Outside our houses of Parliament, Australians are calling for governance that isn’t limited by ideology, looks beyond election cycles, and is mindful that our elected representatives are public servants, not players in their own drama.

It is no coincidence that Basin users feel similarly about Basin governance. Across the Basin, communities have the sense that they are outsiders looking through a window while others determine their fate based on rules they had no hand in creating.

In community after community, people are saying they want a whole-of-basin approach to water management and compliance. They want better reporting about the success, or otherwise, or water efficiency measures, water allocation and the use of environmental water.

Just as people want the Basin treated as a whole, they want their communities respected as more than a statistic. They seek governance that understands communities as multi-generational, with histories and hopes for a dynamic and prosperous future.

Without people as willing participants in the process, the Basin Plan is a vessel without power, adrift in a rough sea of politics. No amount of science or brute decision-making can change the reality that the Basin’s people determine the success or failure of any plan.

We seem to be currently stuck with forces that want to splinter us into warring tribes. I hope the Basin survey reminds our decision makers that out here in the real world, people, land and water are parts of a whole, and need to be treated as such.

I hope also that rural communities remember that they have agency.

I’ve crisscrossed the country over the past year, and I’ve heard a lot of complaint about the bush being hard done by.

Whatever the truth of the issue, it’s not helpful to slip towards a hand-out mentality.  We in the bush need to largely look after ourselves. That means taking leadership of issues like water allocation in the MDB, and working out an equitable balance between environment and enterprise.

We are not going to find the solution to this issue in an industry sector, or governments, or lobby groups. It will come from whole communities coming together around the desire to find long-term solutions to how we allocate and use the most precious resource for all life on Earth.

Solutions that rely on exerting political power will inevitably be only short-term. Political solutions are likely to be dumped down the track by a new political power. To last, solutions have to work for most people, most of the time.

We haven’t seen leadership along these lines coming from our houses of Parliament, or our compromised public service. It’s really up to us.