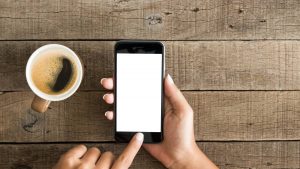 Imagine if Australia had stayed as it was in 1861, when nearly half the population could not read.

We are today (almost) universally literate, thanks to the compulsory schooling introduced in the 1870s to overcome Australia’s literacy problems. But we now need more than the ability to read if we want to access education, government and financial services, and information in general.

All these things are moving to the digital realm. And in rural and regional Australia, that vast store of information and services is often still not as accessible as it should be.

In 2009 the government decided to invest in a national broadband network (NBN), and to the commitment of succeeding governments that the network is now available to 96% of Australian premises.

However, the recent 2018 Regional Telecommunications Review, of which I was a committee member, found that despite having access to the NBN, many in regional and rural Australia are not benefiting from it as they should.

Across 22 public consultations and 380 submissions, we found deep frustration at the reality of the NBN service.

These are often problems of capacity and data speed. Users of the SkyMuster satellites and the fixed-wireless services reported problems with slow speeds, congestion, flawed plans and limited data caps in a world where unlimited data plans are now common.

While the average fixed-line NBN connection is used to access about 200 gigbytes of data a month, SkyMuster was until recently throttled to 40GB, and thereafter “shaped” so severely that the service became virtually unuseable. (NBNCo have recently added new options to bump up this capacity, but at extra cost to the user.)

Because of these experiences, the NBN’s goal as an all-in-one data and voice solution rings hollow for many non-urban users, and they sensibly want to retain their old landline phone service.

In short, our review found that the “digital divide” between city and country persists, despite attempts to bridge it.

Now that the digital world sits at the heart of business, government and personal transactions, it is vital that this inequality is addressed.

In the 19th Century, when literacy dragged down Australia’s prospects, the nation invested in schools, including tiny schools scattered throughout the bush.

Today, access to the digital world drags on non-urban Australia’s capacity to innovate. PwC has estimated that $49.2 billion of extra private sector output could be unlocked over the next decade with better use of digital technologies — with more than half that potential lying outside inner metropolitan areas.

The 2018 Regional Telecommunications Review made a number of recommendations for addressing the digital divide. You can download the report here: https://www.communications.gov.au/publications/2018-regional-telecommunications-review-getting-it-right-out-there

The next review will be undertaken in three years. That’s three years in which all of us in the bush can ensure that Canberra understands that the digital divide is not an issue for the country, but for the nation.

This article was published in The Land newspaper on Friday 13 December, 2018. Link to the article can be found here: https://www.theland.com.au/story/5804725/digital-divide-is-not-just-a-country-issue/